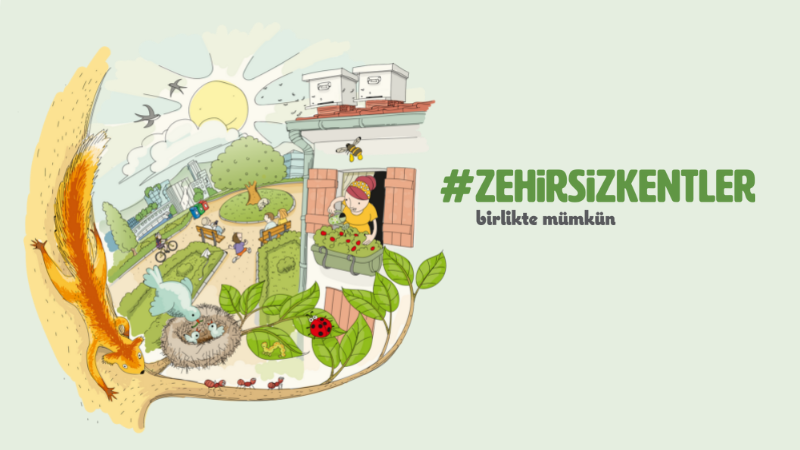 No Pesticides on My Plate Platform has launched the Pesticide-Free Towns Campaign, demanding a ban on using toxic chemicals in our habitats, which threaten the health of both humans and the environment, and using ecological, nature-friendly alternatives instead.

NGOs and civil initiatives working on health and environmental issues joined their forces for a healthier future within the scope of ‘‘Pesticide Free Towns Turkey’’ Project implemented by Buğday Association for Ecological Living in cooperation with No Pesticides on My Plate Platform.

Pesticide Free Towns Campaign was officially launched with a press conference held by No Pesticides on My Plate Platform on 23 December 2021. The campaign demands municipalities pledge to completely stop using herbicides by 2025, to reduce the use of  all other pesticides and biocidal product by 50% by 2030 and to completely ban all of these products by 2040 and establish a participatory strategic action plan in order to achieve these goals.

Other goals of the campaign consist of raising public awareness about the harmful effects of pesticides and biocidal products, showing that pesticide-free towns are possible by demonstrating existing environment-friendly and ecological alternatives and encouraging municipalities to phase out these harmful chemicals.

No Pesticides on My Plate Platform, along with other NGOs and civil initiatives supporting the campaign, has decided to bring the campaign to the agendas of schools, universities, city councils, sports clubs and local press by advocating for pesticide-free towns. Stakeholders will carry out extensive campaigning, lobbying and advocacy activities in order to disseminate these demands across the entire network of local authorities, especially Ankara, İstanbul and İzmir metropolitan municipalities.

The Platform calls municipalities, as well as citizens to take action towards and participate in pesticide-free towns. Citizens can support the campaign by signing the petition, but are also encouraged to demand municipalities to take solid steps towards “Pesticide-Free Towns’’ and defend their right to live in a healthy environment by petitioning directly to the municipalities.

Children are under higher risks

The Biocidal Occupational and Environmental Health Association representative Prof. Dr. Tufan Nayır in his speech during the press conference said that ‘‘National and international research shows pesticide exposure is not only limited to farmers and agricultural workers, because pesticide residues are detected in hair and blood samples taken from people in other occupations as well. Research papers conclude that pesticides affect adolescents even more, and can cause cancer, endocrine system disruption, reproductive diseases, birth defects, genotoxicity, neurotoxicity and neuro-behavioural disorders.’’

Analysis of 96 grass samples taken from 4 schoolyards and 1 farmers market in South Italy’s Tirol Region show 32 different pesticide active ingredients, of which 76% is endocrine system disruptors are present in the environment.

The ‘‘Consumer’s Guide’’ published by the project partner Pesticide Action Network Europe (PAN Europe), translated into Turkish within the scope of the project, emphasizes the fact that endocrine system disruptors are more toxic to pregnant women and newborn children, and offers advice on how people can protect themselves from toxic chemicals. PAN states that many chemical substances can affect the fetus, thus, it is critical to adopt a zero tolerance approach for the unborn and the pregnant. 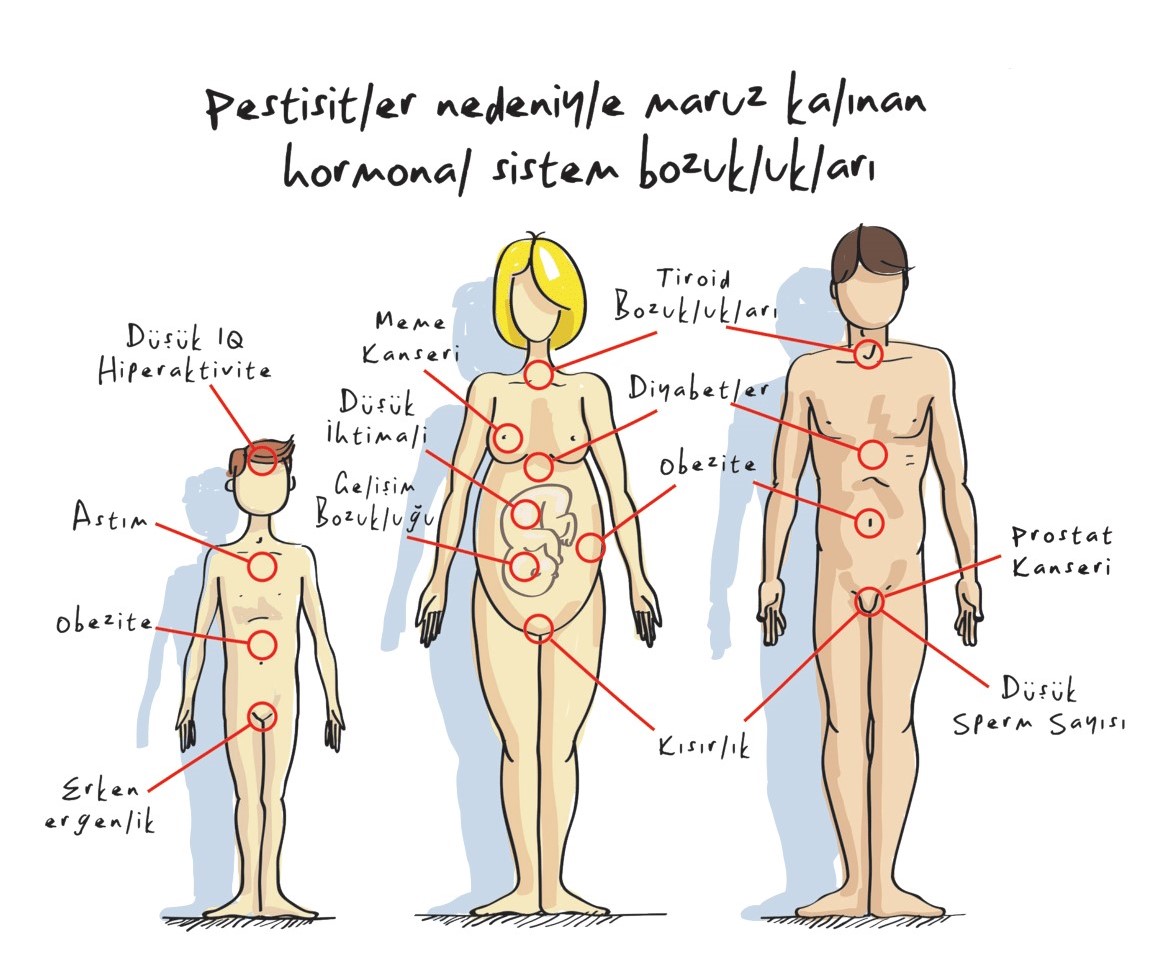 Pesticide-Free Towns are possible under the leadership of municipalities

Buğday Association General Director Batur Şehirlioğlu emphasized the importance of participatory and determined actions of the community, non-governmental organizations, public, private and other sectors and states ‘‘In the long term, it is much more economical to use ecological and environment-friendly alternatives when long-term harmful effects on health, environment and biodiversity are considered. There are many local administrations successful in pesticide-free management in the world. It is possible in our country to realize a strategic plan prioritizing vulnerable groups and areas, based on a phase out process until 2030 and become pesticide-free. According to the results obtained from the Municipal Pest Management in Turkey Situation Analysis Report, 96,3% of municipalities which participated in the survey believe that alternative methods are important. The study shows us that municipalities need to be encouraged about using environment-friendly alternative methods in pest management, instead of chemicals.’’

Within the scope of the project launched in April 2021 and supported by European Union Civil Society Dialogue VI Program, a website with information on harmful effects of pesticides and biocidal products and their pesticide-free alternatives (www.zehirsizkentler.org), as well as a guidebook for alternative pest management aimed at municipalities is prepared.

While Yağız Abanus from the Green Thought Association emphasized the importance of green transition agenda for municipalities, Assistant Coordinator for Environmental Management of Marmara Municipalities Union Mustafa Özkül stated that they were conducting a successful partnership with Buğday Association and believed that Pesticide-Free Towns Turkey Project will have very important outputs concerning municipalities’ operational activities especially in pest management.

Murat Ar, Director of Turkish Healthy Cities Association stated that ‘‘93% of Turkish citizens officially live in cities and town centres after many of our villages became urban regions when the Metropolitan Municipality Law came into effect. So, pest management became predominantly metropolitan municipalities’ responsibility. Thus, becoming pesticide-free means it is necessary to work in a more systematic way. As a municipal association working in urban health, we are planning to take necessary steps towards carrying this issue to our municipalities’ agendas.’’

NO PESTICIDES ON MY PLATE PLATFORM